Spare a penny for the old guy? 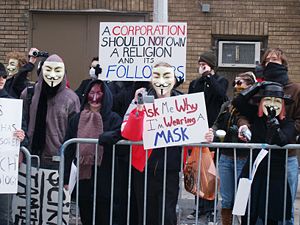 Spare a penny for the old guy?

That disarming phrase has a marvelous arc of history behind it. Today, November 5th, marks Guy Fawkes night, a British celebration of a failed 1605 Gunpowder Plot to blow up King James the 1st of England and his Parliament. Traditionally, children made an effigy of “Gunpowder Plot” conspirator Guy Fawkes and paraded him down streets, asking passers-by to “spare a penny for the Guy.” They would then use the money to buy fireworks and burn the effigy on a bonfire.

Guy Fawkes –or Guido as he signed his tortured confession—was a recusant Catholic in protestant England. Outside of a rather macabre children’s rhyme (repeated below), there doesn’t seem much about a failed attempt by a dozen or so parochial Catholics to overthrow predominately Protestant England that would capture the modern imagination. Yet, V for Vendetta, a graphic comic strip of the events surrounding Guy Fawkes, breathed new life into the story in the 1990s. Drawing from the legend of Guy Fawkes, who was tortured and ultimately confessed to the gunpowder plot, writer Allan Lloyd re-introduced the rebel as a contemporary figure trapped in a post-apocalyptic London. The hero preserves his anonymity by wearing a Guy Fawkes mask as he carries out acts of ‘terror’ against a totalitarian state. In 2005, the comic strip made it to film which caught the popular imagination.

But the mask, and the legend of Guy Fawkes traveled well beyond Project Chanology. On 23 May 2009, protesters dressed up as V and set off a fake barrel of gunpowder outside Parliament while protesting over the issue of British MPs’ expenses. Two years later, it inspired some of the Egyptian youth before and during the 2011 Egyptian revolution.

During Occupy Wall Street – at least partially organized by Anonymous – and other ongoing Occupy protests, the mask appeared internationally. It became a symbol of popular revolution and the adoption by Anonymous caught fire. According to Time, the mask has become the top-selling mask on Amazon.com, selling hundreds of thousands a year. Artist David Lloyd who provided illustrations for the original comic book said: “The Guy Fawkes mask has now become a common brand and a convenient placard to use in protest against tyranny – and I’m happy with people using it, it seems quite unique, an icon of popular culture being used this way.”

One of the more memorable moments in the film V for Vendetta was the recitation of the traditional children’s rhyme:

Indeed, it hasn’t. In fact, it seems a failed gun powder plot over 500 years ago has reverberated through the centuries touching the imagination of the internet generation, mobilizing viewers at a visceral level to reject political apathy and to enact a politics of resistance against any state that would seek to silence dissent. Unlikely as it sounds, the story of Guy Fawkes has touched us all. So spare a penny for the old Guy… He deserves it.