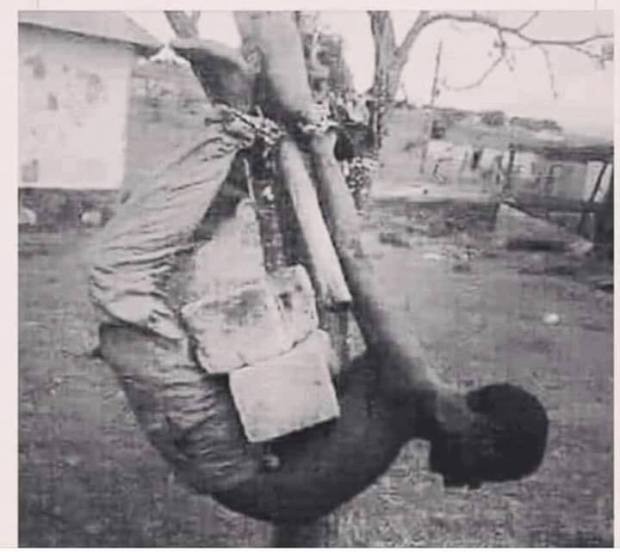 Susan Sontag’s book length essay, “On the Pain of Others” opens with a description of Virginia Woolf’s “Three Guineas” in which Woolf asks a male pacifist who wishes to enlist her aide in preventing future wars to look at photographs of war. The idea is by studying images of war, they will be so thoroughly repulsed that war will no longer be a viable alternative. “For a long time,” notes Sontag, “some people believed that if the horror could be made vivid enough, most people would finally take in the outrageousness, the insanity of war.” Fundamentally, there was a belief that it was merely a failure of imagination that caused war to occur; and given the certainty of such images, if we were to see it clearly, we would never make war again.

Although Sontag is less than sanguine about its efficacy, there can be no doubt that when horrific images are finally brought to the public’s attention—especially the American public—things that were previously acceptable become forbidden. It wasn’t the sworn testimony about Abu Ghraib that caused that horror show to be shut down, but images of American soldiers taking delight in the pain and humiliation—in some cases quite explicit sexual humiliation— of their prisoners. To suggest that the constant replay of bloody images from Vietnam made the war effort almost impossible has become conventional wisdom; and indeed the paucity of photographic evidence of our seventeen-year-old war in Afghanistan speaks directly to that truth. The Pentagon has learned from its past failure, and part of getting over the so called ‘Vietnam syndrome’ is erasing the act of war itself; its pain and horror and monstrous cycles of dehumanization.

Except for those directly involved, Americans are typically shielded from the realities of these wars. If they hear about a bombing or other event, details may be discussed, but dead or wounded American bodies are carefully screened from view. This ‘cleansing’ of the American vision is carefully followed in domestic situations as well, so that we never really see the gore left behind by one of our many mass shootings, but only the tearful anguish of survivors.  It is all quite antiseptic. Presumably, this is in the interest of presenting a dignified and civilized front for what is, in fact, a relatively barbaric reality. At some level, there’s a decorum to this which is understandable. ‘Not too direct’ as Joyce Carol Oates warns. We all presume we know what’s happening in Afghanistan, or at a school shooting, and don’t want to offend hurt family members with violent photographs, whose consumption feels almost pornographic. And yet, we don’t really understand or thoroughly imagine what is happening, and it’s allowed barbarities both new and old to continue apace.

One of the turning points for the American Civil Rights movement happened well before Martin Luther King Jr. took to the streets of Birmingham, Alabama. An Afro American boy named Emmett Till was visiting relatives in Money, Mississippi in 1955. He was accused of making lewd advances to a white woman, Carol Byrant, at a local store. Byrant’s husband heard of this and he and his brother-in-law J.W. Milam forced Emmett into their car. They took him away and beat and mutilated him before shooting him in the head and sinking his body in the Tallahatchie River.

Three days later, his corpse was recovered but was so disfigured that Mose Wright could only identify it by an initialed ring. Authorities wanted to bury the body quickly, but Till’s mother, Mamie Bradley, requested it be sent back to Chicago. She decided to have an open-casket funeral so that all the world could see what racist murderers had done to her only son. Jet, an African American weekly magazine, published a photo of Emmett’s corpse, and soon the mainstream media picked up on the story. Her decision focused attention on U.S. racism and the barbarism of lynching and Till’s murder was ultimately seen as a catalyst for the next phase of the Civil Rights Movement. In December 1955, the Montgomery bus boycott began in Alabama and lasted more than a year, resulting eventually in a US Supreme Court ruling that segregated buses were unconstitutional.

What Till’s mother did was refuse to erase her son or the barbarity that a white supremacist society had inflicted. In a word, she bore witness and wanted the world to bear witness. Did the photographs of the tortured son help bring home the point? Undoubtedly. Just as photographs of U.S. soldiers killed or wounded in the thick mud of Khe Sanh turned public opinion against that war. It allows the unimaginable to be imagined. To be image-ed-in.

But if you take a moment and scan the publicly available photos from Khe Sahn (link here), they are instructive, showing the suffering of our troops, and in some instances the suffering of the Vietnamese, yet they are not the whole picture. There were many images that are too scurrilous for public consumption—images of genitalia butchered from the enemy’s body and shoved into the enemy’s mouth. Images that will never be made public of enemy combatants tossed from helicopters while still alive, or tortured with car batteries and jumper cables attached to bare nipples. These images are rarely made public because they are so horrific or pornographic in their obvious intent to shock and dehumanize. Yet, they tell a different kind of story about war and the way images are used. They tell you what we all understand at bottom, that war is about dehumanizing. In some cases, about mocking the enemy as a form of dehumanization, mocking them before death with torture, or after death with butchering.

There’s a kind of cultural mockery that we all understand as well, yet rarely talk about. This, too, has photographic evidence. Mockery is a stand in for physical intimidation, which itself is a stand in for direct violence, and finally murder. They are all levels of erasure; of denying humanity.

Imagine for a moment that someone has taken an image of an American soldier, let’s say one of those wounded American soldiers from Khe Sahn, and superimposed on that image, a clown’s nose and mop of red hair, like a later day Ronald McDonald. This is mockery, no doubt, something that you might expect an enemy to carry out; an enemy that in earlier times or even contemporaneously might want to kill you.

Imagine for a moment that someone has taken an image of a holocaust survivor, one of those horribly ghostlike, yet sentient, starved images from Auschwitz and presented them in some mocking manner, smiling in a foolish way, big ears, extra big nose, of course. We’d understand immediately the cruelty of the image, its obvious anti-Semitic intent; the lurking death wish underneath such derision.

The photograph at the beginning of this article was taken during the Jim Crow era. The Jim Crow era was named for the eponymous minstrel show performer whose real name was Thomas Dartmouth (“Daddy”) Rice, an itinerant white actor. Rice first introduced the character who would become known as Jim Crow between acts of a play called The Kentucky Rifle, in which he performed a ludicrous off-balance dance in black face while singing “Jump Jim Crow,” which described his actions (“Weel about and turn about and do jis so/Eb’ry time I weel about I jump Jim Crow”). He portrayed the character principally as a dim-witted buffoon.

The intentional cruelty of the photograph above is self-evident; what’s not self-evident perhaps is the contemptuous cruelty of those who dress in ‘black face’, mimicking the mockery of Thomas Rice, aka Jim Crow that suggests it’s okay to deride and dehumanize blacks because they are merely caricatures; not humans who have suffered enormous historical wrongs, in many cases as horrific as Auschwitz survivors.

For our institutions and our leaders, educated individuals, people who have gone to the best schools our nation has to offer, none of this should have been necessary to write or explain. But they have not bothered to learn their own history or care. With such people, who lack both imagination and empathy, it’s obvious such photographs are helpful; their history, our history, must be re-explained, again and again.