Richmond, We Have a Problem 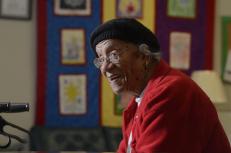 On Thursday August 9th, the Virginia Board of Elections announced that it had purged the State’s voter rolls of thousands of names. After a comparison with data from the Social Security Administration, the Board removed some 10,000 names of deceased individuals remaining on the registered voter list.

Clearing the voter rolls of inaccurate information is certainly a laudable and appropriate action for the Board to take, but in light of so many voting related maneuvers by the General Assembly and the McDonnell administration over the last year, and bearing in mind the nationwide voter suppression movement that threatens to disenfranchise thousands, possibly millions of Americans, this purge, so close to the election raises inevitable questions.

Along with many other states around the nation where Republicans control the government, the demonstratively fictitious voter fraud “crisis” has been used as a wedge to insert new, often misguided and sometimes clearly partisan election laws and rules that together have come to be viewed under the umbrella of “voter suppression” due to their clear tendency towards disenfranchising specific classes of voters like the poor, the elderly, college students and minorities with a track record of voting primarily for the other party.

While any single piece of legislation or administrative action may seem innocuous on its face, and even be justified by a professed concern for accuracy, taken as a whole these initiatives appear to constitute a direct attempt to alter the voting landscape in order to affect the upcoming election and elections in the future in a way favorable to the incumbent party.

With this in mind we’d like to raise the following points about what has been going on in Virginia this election cycle:

Last year at the General Assembly we saw a raft of bills designed to limit access to the polls. We managed to defeat many of the most severe, but the effort to make it harder for certain Virginians to vote did not end there. Across the country the effort to disenfranchise voters continues on many fronts and in many insidious ways, for instance, the tendency of having fewer voting machines at polling stations in working class and minority neighborhoods – which results in longer lines and a curtailed opportunity for people in these communities to vote.

At a time when we should be encouraging participation by underrepresented Virginians, we could be creating a generally more hostile environment where certain voters are made to feel more like suspects than citizens.

We are worried that all these factors will add up to fewer people exercising their right to vote at a time when participation is already historically low. That is why we will continue to closely monitor this process and speak out when we have concerns.

The right to vote is at the heart of our democracy, and partisan attempts to make it harder for some to exercise that right damage our communities, our Commonwealth and our country.