The Frosh and Grover Norquist – by Jack Johnson

Stop the presses. Grover Norquist, that ruddy no-tax zealot of the far right has just had his neatly trimmed beard plucked. Freshman Republican Scott Rigell of Virginia, has openly rejected his insanely rigid no-tax pledge. Why?

Rigell carefully explained on his website that such a pledge would be counterproductive when working in a real world environment. Unlike Grover’s world, revenue is sometimes necessary for the functioning of, well, everything, including the government. Rigell points out that such no-tax pledges will prevent Congress from eliminating corporate loopholes or government subsidies because those changes would have to be revenue-neutral. The math, he said, just doesn’t make sense.

A refreshing confession from the ranks of the no tax inquisition: the math just doesn’t make sense. Indeed, ask any moderately conscious ten-year old and you might have gotten the same response. Of course, said ten-year old may also believe in biological evolution and the fact that man-made climate change is as real as you’re neighbor’s Ford Explorer — intellectual advances notably missing from today’s GOP, but we’ll take what we can get.

Norquist, in his role as Grand Inquisitor of the GOP’s no-tax inquisition made wet, forgiving sounds, but there was an edge to it:

Of Rigell’s apostasy, he said, “I think he’ll make it clear he’s not going to raise taxes and he’ll get himself reelected and whatever momentary impure thoughts he had on taxes will pass.”

Good to know those ‘impure’ thoughts –raising revenue for government services –won’t be a hindrance to his political career, although, Norquist added, while twisting the ends of his thin mustache, that he had “been in touch with the Republican Party in [Rigell’s] district, and they aren’t excited about it.” Then, with a hint of menace, “This is not going to be a continuing problem.”

But Rigell is not alone, and despite Grover’s electoral extortion, a few other Freshmen Republican are turning to elementary math and learning to add and subtract.

According to Politico: Freshman Reps. Kevin Yoder (R-Kan.), Richard Hanna (R-N.Y.) and Rob Woodall (R-Ga.) never signed the pledge to begin with, making up half of the six House Republicans who refused to sign on.

Woodall argued the pledge was too restrictive because it promises that lawmakers must “oppose any net reduction or elimination of deductions and credits, unless matched dollar for dollar by further reducing tax rates.” 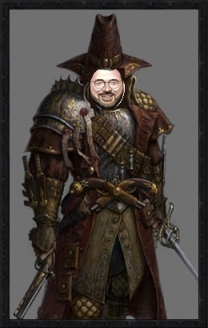 No word from Inquisitor Grover on whether the Republican Freshmen will be tortured, excommunicated or simply burned at the stake for their tax heresy, but GOP Speaker of the House, Boehner is said to be tearfully praying for their lost souls.

And more! Has Rigell quit drinking the Kool-Aid?
Virginia Republican Wants To Tie Congress’s Pay To Its Effectiveness