The world, that understandable and lawful world, was slipping away. ~William Golding, Lord of the Flies 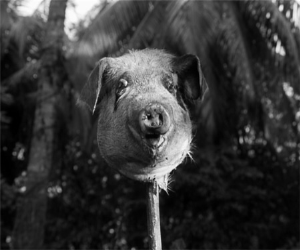 PRwatch has chosen A Police Officer Speaks on ALEC and “Stand Your Ground”, by Brian Austin, as one of their highlighted opinions this week. Interestingly, Austin has been a state prosecutor and is now a police detective in Wisconsin. He was “a police officer for 15 years, and a SWAT officer for 12 of those”. Aligning his experience with his insight was a curious task for me, but I was delighted with his ability to step way back and apply a patchwork of current events to one of our nation’s most profound and troubling choices – which is where he leaves us at the end.

Insinuating Golding’s Lord of the Flies was also a little curious. Afterward, I thought about it … so will you.

The Castle Doctrine is just one part of the “shiny object” campaign that the corporate right has waged for decades to prevent this awakening from occurring. (…)

I believe that in order for the corporate elite to continue to further an agenda that favors a select few, they have to turn the masses against each other. That need becomes even more urgent as more and more people wake up to the realities of America in 2012, and uprisings like the Wisconsin protests and the Occupy movement spread. If the corporate elite failed to keep us at each other’s throats, and we actually developed a sense of community and compassion and empathy, we would see with total clarity the insanity that grips our nation. At that moment, their gig would be up. We would no longer tolerate what is occurring in America, and the corporate elite and their legislative water boys would be driven from power post-haste.